How gatekeepers are changing the practice of PR. 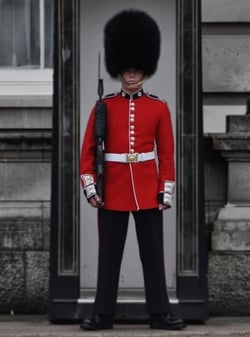 One of the things we were promised when the Internet started to take over the news was that we were going to remove the middle men...the intermediaries, the gatekeepers, the people who choose what we are going to see.

You were also promised there would be cake, right?

No, gatekeepers are still out there.  Their overall influence might have waned--a person can self-curate a news experience for himself or herself, which would have been next to impossible decades ago.  What has mostly changed is the nature of the gatekeepers.  Matthew Ingram recently identified this as an emerging media trend in Fortune magazine.

"Facebook is farther down this road than Apple, with its FB Newswire and its expanding Instant Articles project, and most of what it does relies on algorithms (although human curators are involved in the Newswire). But Apple’s approach is going to rely almost entirely on editors, which it is in the process of hiring. So will Apple apply the same kind of principles to news stories that it does to approving apps?"

As public relations professionals, this means that our challenge has not completely changed.  There are still gatekeepers (some human, some algorithms) and we still will need to find ways for them to "curate" our content to many or most users.  Why?  Because the job is simply too big for most people to do on their own.

Here's the other thing, though.  Curation is a big trend and can be a huge value.  Finding the right curator--whether it is the Playbook, Harper's Weekly Review, or Brain Pickings--is the critical issue.  And that comes down to an issue of trust, which is a problem.

I think that as we continue to look to find our ways inside people's attention, it is going to matter who we use as our gatekeepers.  The more placements that we get in high-trust venues, the better results we will get, and we're going to have to learn to do a better job of determining who is trusted.