Sometime in your life, you’ve probably heard the old canard that the Chinese symbol for crisis is a combination of the symbols for danger and opportunity.

It turns out to be one of those things that isn’t true but should be.

That’s because too many leaders have a one-sided view of a crisis. You can tell by the kind of language that’s used. Leaders want to:

While those things are certainly important, at Thread we think they lead to companies and nonprofits thinking defensively during crisis planning.

Two Sides to Every Story

Our counsel is to remember that there truly are two sides to a crisis situation in our times, if not in ancient Chinese typology. Beyond merely avoiding damage to a brand, we believe that a well-handled crisis can actually increase the trust a brand has and improve it’s overall reputation. Further, that philosophy should be baked into every part of the planning process.

My favorite example came when I was working for a local retail business with a high profile in our region. One of the company’s employees had been caught fraudulently providing an add-on service to customer’s orders. He was due to be charged by the County Prosecutor following a thorough investigation.

By traditional measures, there was no reason for my client to be damaged. An employee was cheating the company as well as the customers. The company had discovered it, reported it to authorities and cooperated with the investigation. As long as we told that story, things were likely to be fine.

Even so. our counsel was to think bigger. As with any situation, you want to tell your own bad news and not leave the key details in the hands of others, if at all possible. Our recommendation was to mail a letter to every customer, self-report what had happened, take responsibility and then offer a small gift to compensate. Timing was key: the letter had to hit between the time when the employee was notified of his indictment but before the media found out. What we told the client:

“If we do that, your trust will not just be protected. People will trust you more.”

We executed that plan and were pleased with the results. Because we told the story and told it first, we were credited by consumers for having nothing to hide. We weren’t concerned about a lurid headline sidetracking public opinion. And we had done the right thing—all the way down the line—and people were going to see it.

The feedback to the company was excellent. Numerous people said that they believed more in our client than they had before. Just as important was what didn’t happen: customers who walked in the door didn’t mention the story…customers didn’t leave…and business didn’t take a hit.

Not all crisis situations are as well set up as this one. In some cases, the company or non-profit might be more culpable than my client was in this case. I’d argue that even if that was the case, a company that makes a mistake and owns up to it and offers to make it good is well positioned to realize a long-term gain in public reputation. People understand that mistakes are made—what they don’t tolerate is spin, evading responsibility, or callous behavior.

If you’re interested in seeing how we create crisis plans that seek benefit as well as damage mitigation, let us know.

END_OF_DOCUMENT_TOKEN_TO_BE_REPLACED 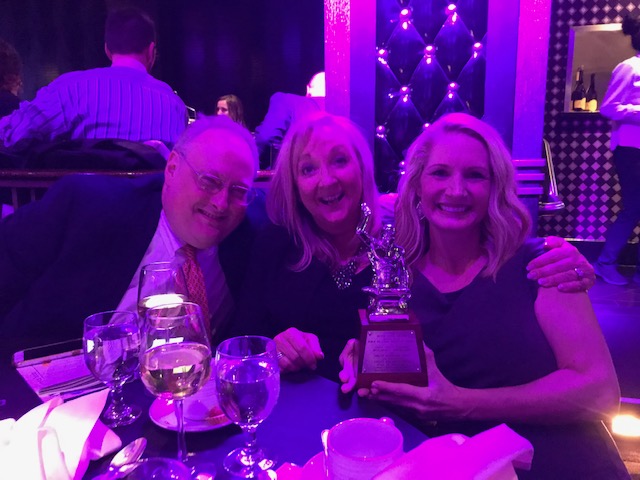 Last evening in New York City, Thread Marketing Group was awarded the prestigious 2019 Silver Anvil Award by the Public Relations Society of America (PRSA), the nation’s largest community for public relations professionals. Thread is thrilled to take home this award on behalf of all those who contributed, sponsored and supported the firm’s work with Toledo Jeep Fest, an annual community event that celebrates Toledo as the HOME of the Jeep. Thread has handled Toledo Jeep Fest’s public relations initiatives since its inception in 2016.

END_OF_DOCUMENT_TOKEN_TO_BE_REPLACED 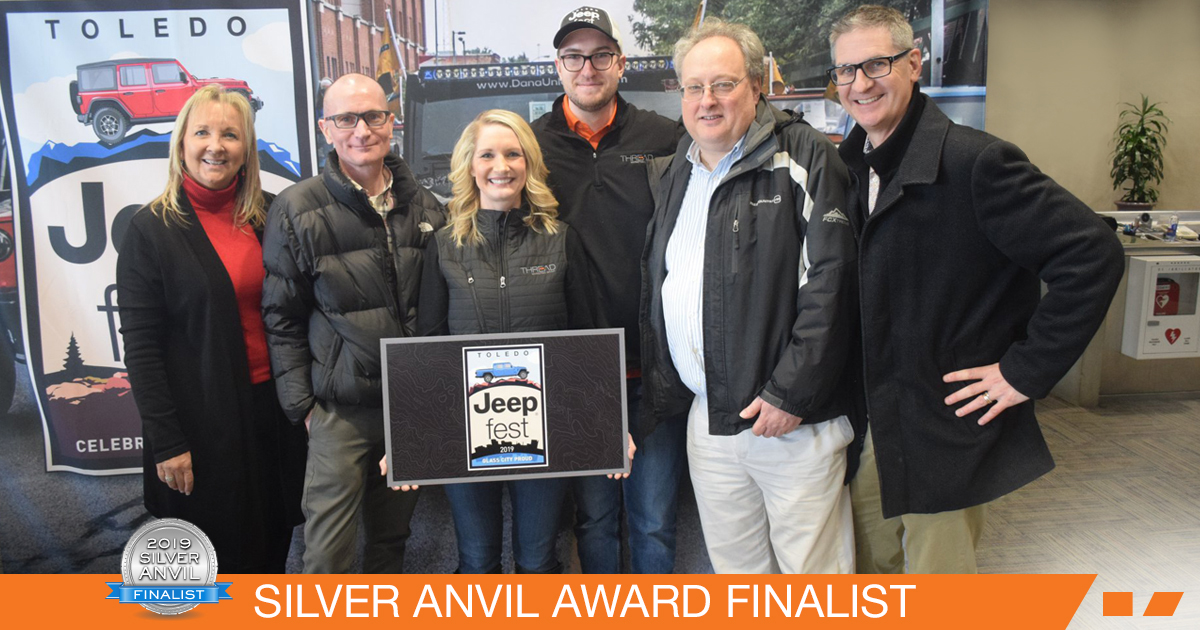 Thread Marketing Group was recently named a 2019 Silver Anvil Award finalist by the Public Relations Society of America (PRSA), the nation’s largest community for public relations professionals. Thread is being recognized for the firm’s work with Toledo Jeep Fest, an annual community event that celebrates Toledo as the HOME of the Jeep and the all-American workforce that has made it all possible for eight decades. Thread has handled Toledo Jeep Fest’s public relations initiatives since its inception in 2016.

END_OF_DOCUMENT_TOKEN_TO_BE_REPLACED

How Divided Government Will Impact Business in 2019

On November 9, 2018, we welcomed divided government back to Washington.

END_OF_DOCUMENT_TOKEN_TO_BE_REPLACED

Connecting Kids to Meals (CKM) is one of the largest hunger-relief organizations in Northwest Ohio, having served more than 5 million nutritious meals to children in over 15 years in operation.  Thread Marketing Group started working with this community organization in 2017.  In fact, Whitney Rofkar, one of our team members is a CKM board member and helps keep this important issue and organization front and center in Northwest Ohio.

END_OF_DOCUMENT_TOKEN_TO_BE_REPLACED

A shift in consumer behavior has one industry searching for answers

If you missed it, Whitney Rofkar, Thread’s Director of Public Affairs, was featured on WTOL News 11 discussing the national lunch trends, consumer behavior and how it’s affecting our local economy.

END_OF_DOCUMENT_TOKEN_TO_BE_REPLACED

On August 13, 2016, an estimated 40,000 people invaded downtown Toledo to celebrate the 75th anniversary of Jeep. It was Toledo’s biggest single-day festival in decades. The inaugural event gave Toledoans the opportunity to celebrate one of the community’s great passions – its love of the Jeep brand and vehicles.

END_OF_DOCUMENT_TOKEN_TO_BE_REPLACED

We've gotten used to seeing the various "disciplines" within marketing converge, and the trend of placing advocacy into marketing and advertising, as noted by a former high-level executive with McDonald's Europe, would just be the latest example.

END_OF_DOCUMENT_TOKEN_TO_BE_REPLACED

The folks from Gallup are out with the news that is probably not a surprise to anyone:  employee engagement is stalled around the world.  It is better in the US, but even here it is only 32%.