A few years ago, I challenged myself to put my experience and (debatable) knowledge on paper and draft one fundraising tip that I could share with friends, colleagues and new professionals/volunteers to the field of fundraising. While I’ve shared a few of the tips in a variety of forums, I’ve decided it’s time to bring it back. I won’t promise the tips will come weekly, but they will come and hopefully you’ll find them helpful – even if you don’t work in fundraising. 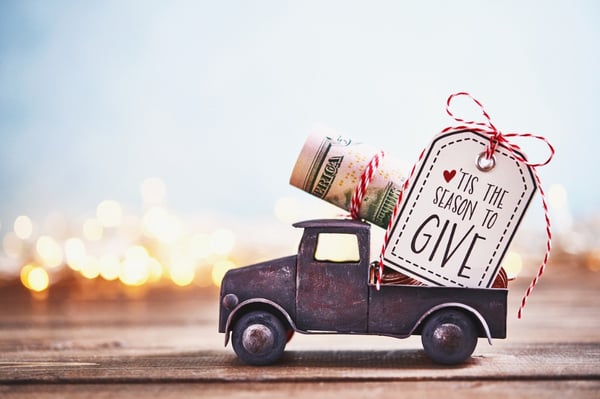 When I was a kid, I remember my dad telling me “The answer is always no, unless you ask.” This is the mantra that has driven most, if not all my success as a fundraiser. The #1 reason people don’t give to your organization (or buy your product/service), is simply because they weren’t asked. (I’ll define “ask” in a future post, standby)

With this tool in my belt, I couldn’t fail, right? What I found, however, was a need to extend the mantra. Simply stated, not all yeses are equal. If the #1 reason people don’t give is because they weren’t asked, then the #1 reason they don’t give what/when you need, is because you didn’t tell them.

When I was in college, I got a letter asking me for a donation. At the time, I was offended, frustrated and disappointed. While the letter didn’t specify an amount, I didn’t understand why they were asking a “broke college kid” for $1,000 – the amount of money I figured I would have to donate in order to make a difference. I’ve since talked to (and subsequently worked for) the organization that sent that letter. They weren’t asking me for $1,000. They were asking me to do what I could.

Because they didn’t tell me what they wanted, I made up the answer myself and responded (or didn’t – foreshadowing my later blog about “what is an ask”) that I couldn’t help.

I gave $0 that year, and for each of the subsequent 5+ years. Because the narrative never changed. What they were saying and what I was hearing weren’t the same thing.

What if that organization had told me what they wanted? What if they had asked for a donation of $5 or $10? Certainly, that’s not the amount they want me donating forever, but it’s far easier to upgrade a donor (or customer) than it is to acquire a new one. Plus, regular annual donors are exponentially more likely to give a planned gift to an organization regardless of the amount of the annual gift.

Part of the reason popcorn/bake sale fundraisers work ... the ask is simple. Give me $20. The perceived ROI is simple too.

As a fundraiser, I understand the FOMO (“fear of missing out”) that comes with sending a letter to your entire database asking for a nominal gift. “What if the amount I ask for is LESS than they’d otherwise give?” That can happen, though in my experience, it’s unlikely. I’m not recommending a one-size-fits-all approach, but rather giving your donors realistic options based on their past giving history.

Nearly 30% of all charitable donations come in during the month of December, so you may be about to send your end-of-year appeal. STOP! Make sure you are giving donors and non-donors clear guidance on what you want and need from them. If you aren't sure how to do it, schedule a quick 15-minute call and I'll help get you on the right path.

If asking a non-donor to choose their own donation amount isn’t working, what do you have to lose if you asked them for $5, $10 or $25? The answer is pretty simple. $0.